Kalush Orchestra, the Ukrainian band that won Eurovision after sweeping the phone-in popular vote, put its trophy and the pink bucket hat worn by its lead singer during the contest up for auction, and the items netted more than $1.2 million.

“It’s a big amount, but we understand that the aim is much bigger,” said Margarita Populan, a spokeswoman at WhiteBIT, adding that her company had worked to provide and coordinate support for Ukraine since the beginning of the war. 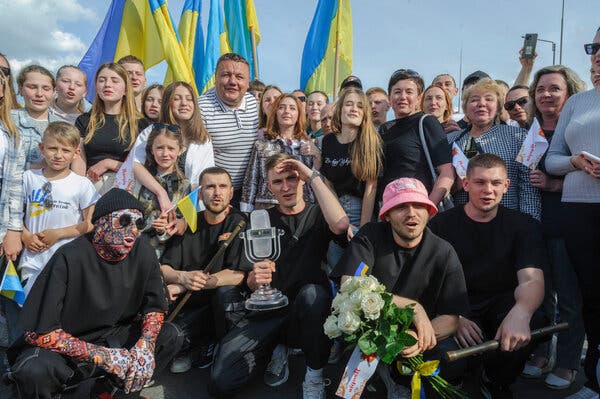