StartUp Academy is a free two-month online program for IT entrepreneurs and С-level executives from Central and Eastern Europe on how to build, operate, and scale profitable tech businesses.

Covering different stages of launching and scaling a tech startup, the program’s training modules will focus on the following topics:

Throughout their studies at the StartUp Academy, participants will practice with real-world cases and learn firsthand about the experience of the founders of international tech companies. The speakers’ list includes founders and С-level executives from Genesis, Meta, Amazon Web Services, Horizon Capital, Flyer One Ventures, AppsFlyer, and many more.

Furthermore, during their training, participants will attend one-on-one mentor sessions and get from $10K to $100K AWS credits for their product development. At the end of the program, everyone will be certified by Meta Blueprint and have the opportunity to pitch their startups to venture capital funds and win a chance to raise money.

StartUps with already implemented projects in the e-commerce, edtech, media, and mobile app industries are eligible to apply. The deadline for applications is July 1st. The first lectures are to start at the end of July.

StartUp Academy is a one-of-a-kind international program for Central and Eastern European startups. As a co-founder and investor of successful tech businesses, Genesis, supported by Meta in the CEE region, is eager to share knowledge and expertise contributing to IT product development. Partnering with the professionals from AWS, AppsFlyer, Horizon Capital, and others, we want to help startup founders grow. We put a lot of effort, time, and resources into IT education, so we’re excited to present a new large-scale project that will bring ambitious entrepreneurs together, – said Artem Kopanev, COO at Genesis.

We deeply believe that startups and entrepreneurs are the driving force behind innovation, and their role in economic growth is hard to overestimate. It is heartwarming and encouraging to watch the number of entrepreneurs grow, so we find it extremely important to support their development. We already see how many tech businesses have successfully launched in Central and Eastern Europe and, what’s more inspiring, have managed to reach international heights. I am certain that the coaching and guidance received from the experts of the StartUp Academy will serve as an excellent ground for these startups’ growth and successful regional and worldwide expansion – said Stanislav Birov, CEE Client Partner at Meta.

Genesis is a co-founding company that builds global tech businesses with outstanding entrepreneurs from CEE. We have co-founded now independent tech companies such as Jiji, BetterMe, and Headway. We’ve launched and are currently developing successful projects, such as OBRIO, Universe, AMO, Boosters, and others. Genesis is one of the largest global app developers. Apps of Genesis companies have been downloaded by more than 300 million users globally and are used by tens of millions of users monthly. Genesis has one of the best tech teams in Europe, whose members are constantly recognized as top IT employees in CEE and Ukraine.

The Facebook company is now Meta. Meta builds technologies that help people connect, find communities, and grow businesses. When Facebook launched in 2004, it changed the way people connect. Apps like Messenger, Instagram, and WhatsApp further empowered billions around the world. Now, Meta is moving beyond 2D screens toward immersive experiences like augmented and virtual reality to help build the next evolution in social technology. Сompany’s vision is to help bring the metaverse to life. Meta is already developing exciting new technologies that will help people connect and explore the metaverse: virtual reality, augmented reality, and smart glasses. The metaverse will be a collective project that goes beyond a single company. It will be created by people all over the world, and open to everyone. 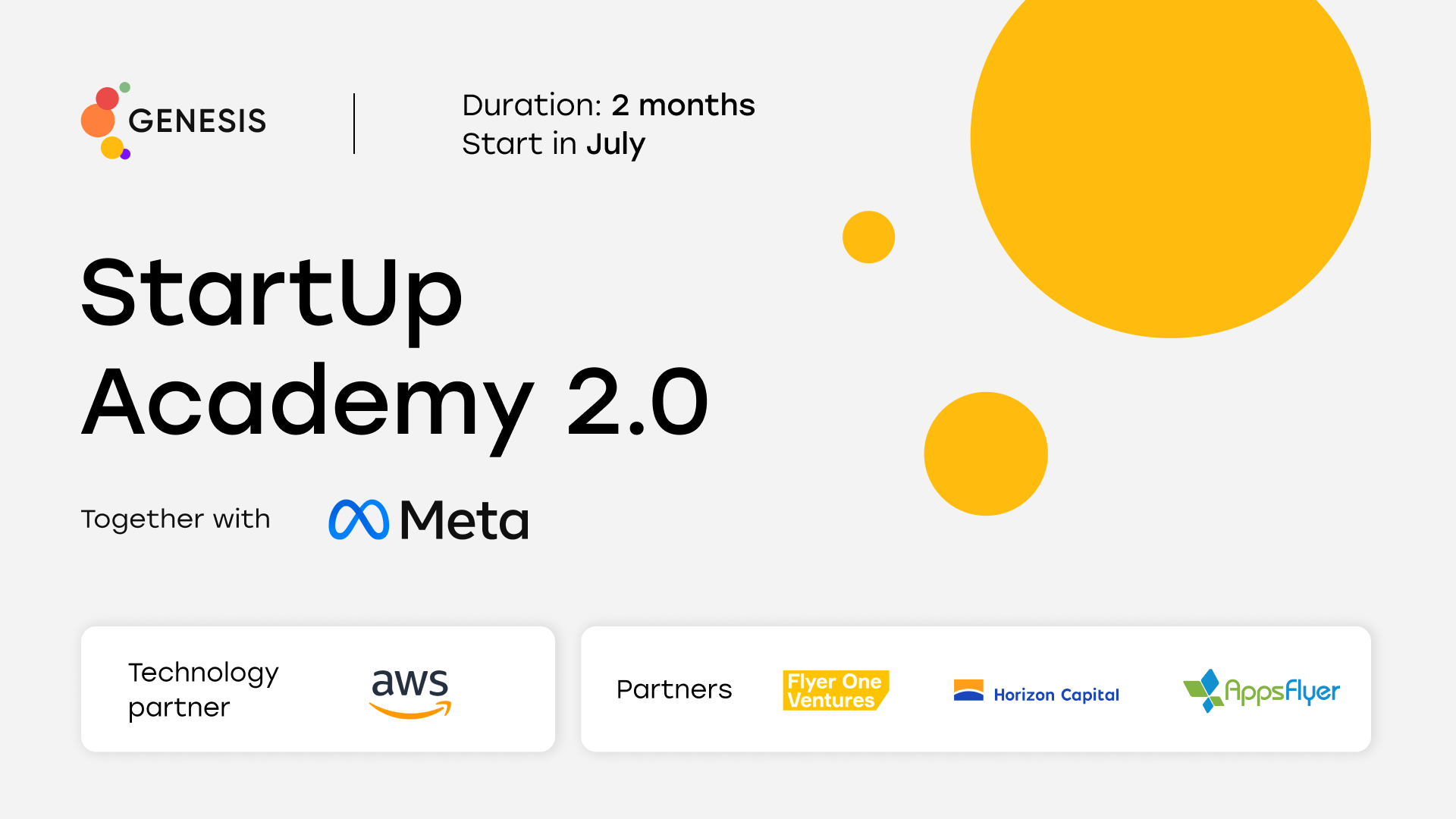