My main purpose in going to Kyiv was to meet and listen to Ukrainians, to understand their fears and concerns and also to learn what business, in partnership with civil society and governments, can do to support Ukraine most effectively, – Richard Branson. 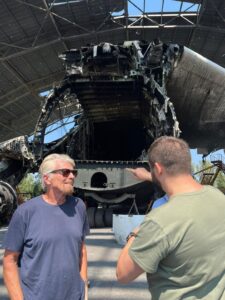