Lviv IT Cluster purchased a new batch of Starlink terminals in partnership with USAID. On July 18, the organization handed over 40 of them for the needs of the critical infrastructure of the Lviv region, aiming to strengthen backup communication in the region. This transfer took place within the joint initiative of the Lviv IT Cluster and the SpaceX division.

We are glad to help. Access to backup communications is vital in times of war. Therefore, critical infrastructure must have such a connection. Terminals were purchased by members of our community and our international partners. I am very grateful to all parties and the USAID for their active involvement, says Stepan Veselovskyi, CEO of the Lviv IT Cluster. 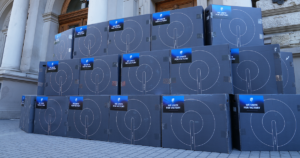 This is not the first project that Lviv IT Cluster has implemented with the Lviv Regional Military Administration. In particular, Lviv IT Cluster has previously supported the launch of the Vision project – an initiative that aims to modernize video surveillance systems in the Lviv region. Moreover, the association has actively participated in humanitarian initiatives designed to support Ukrainians in critical circumstances, particularly Second Home and Mental Health Center projects.

I would like to thank the Lviv IT Cluster for being the first to respond to our requests and supporting the regional administration. This is an example of fruitful cooperation between business and government, adds Maksym Kozytskyi, head of Lviv Regional Military Administration.

Lviv IT Cluster expresses gratitude to all member companies of the community and the USAID international development agency for their active participation in the project implementation to purchase Starlink terminals to meet the critical infrastructure needs of our region. 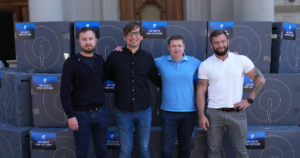