ff Venture Capital (ffVC), an early-stage venture firm, has launched the ff Blue & Yellow Heritage Fund, the first US venture capital fund exclusively for Ukrainian founders and startups. Targeting $50mm, the Fund has received early commitments for $30mm from leading institutional, family offices and corporate investors. With a signed memorandum with the Ukrainian government and access to ffVC’s extensive network of Ukranian entrepreneurs, the fund will support Ukrainian startups facing unprecedented challenges from the Russian invasion, while enabling breakthrough technology from an emerging innovation hub.

Ukrainian companies are traditionally among the best software developers in the world. Ukraine has everything to become a powerful IT hub and enter the top five European companies in terms of the number of startups per capita. Ukraine is the biggest economic project of postwar reconstruction in our lifetime. You may ask how you can get involved. My answer is: invest. Invest in Ukrainian companies and startups. Support funds that help Ukrainian talent, – said Ukrainian President Volodymyr Zelenskyy in prepared remarks to be delivered at the SALT New York 2022 conference later today.

The Blue & Yellow Heritage Fund will invest in startups led by Ukranian founders, startups relocated from Ukraine and startups that employ Ukrainian refugees. As one of the only US VC firms with established operations in Central and Eastern Europe, ffVC will provide unparalleled access to a business ecosystem to create opportunities across the region. The fund will prioritize providing offices and resources for Ukrainian startups relocating across Central and Eastern Europe and creating jobs for refugees, while accelerating long-term technology development in areas critical to Ukrainian development. Additionally, all investments will include strong oversight and governance controls.

The IT sphere has become one of the few that continues to steadily fill the Ukrainian state budget, despite the full-scale invasion. Tech companies strongly support the economy of Ukraine. They will become the future recovery of our country. So we have to help existing companies and encourage the development of new ones. ffVC’s Blue and Yellow Heritage Fund will play an important role in this. It will invest in our startups and specialists when it is most needed – said Mykhailo Fedorov, Vice Prime Minister and Minister of Digital Transformation.

Ukraine has a storied tradition of world-class innovation and investment success, including the invention of the harddrive, the market-leading software development platform (Gitlab) and a messaging platform that billions use every month (WhatsApp). Recent unicorns built by Ukrainian entrepreneurs and engineers include Affirm, Gitlab, Grammarly and People.ai; even in the depths of the war, Ukrainian innovation continues in a range of applications from drones to cybersecurity. Ukraine has more graduates with degrees in technology than most European countries and 240,000 citizens employed in the information technology sector. The nation was ranked as fifth for developers in a 2019 SkillValue ranking and is home to R&D centers for more than 100 major tech companies, including Google, Samsung, Snap, Oracle, Nvidia, Lyft and Ring.

Ukrainian startups continue to thrive amid unprecedented economic headwinds. We know from years as one of the only US venture firm with established operations in Eastern Europe that investing in Ukrainian innovation consistently fuels strong outcomes. There is no better time for ffVC to lead the way advancing Ukrainian startups with financial and strategic support that will create more Ukrainian technology powerhouses, while offering immediate help to startups who need it now, – said Mariusz Adamski, ffVC partner based in Warsaw.

In 2019, ffVC led the seed round for Respeecher, which provides voice-cloning software for content creators and works on prominent projects including The Mandalorian.

Ukrainian entrepreneurs are building world-class products and need support now, but many investors are avoiding our country because of the war and our small early-stage venture ecosystem. ffVC’s network and expertise has helped Respeecher avoid any disruption of operations and even grow our customer base during the invasion. They’re providing tremendous value not only by accelerating our business, but also by empowering the broader Ukrainian entrepreneurship community, – Kyiv-based Respeecher CEO Alex Serdiuk. 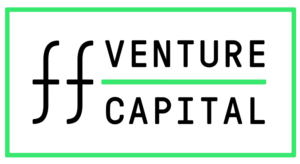