The Recursive: From War-Torn Country to Tech Hub

During the past 10 months, Ukraine’s embattled tech sector has proven to be one of the foundations on which the country has built its resistance against the Russian aggression. It has offered support for its army in cyberspace with initiatives such as the IT army, and many startups and tech companies have also brought up innovative technologies or logistical support which have also been used on the battlefield. Surviving under such conditions, Ukraine’s tech sector has also managed to rebrand itself and the country in the process.

According to Ukrainian techpreneurs, efforts from the brave Ukrainian people have also spilled into many industries in the country, illustrating just how much people and businesses want to defend their homes.

Read more via The Recursive 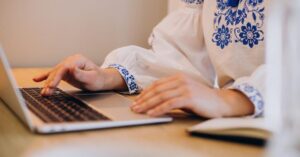