Led by a French-American innovation leader based in Kyiv Dominique Piotet, the Ukrainian Phoenix Fund has a €50 million budget to invest in innovative domestic startups.

The Ukrainian tech ecosystem is hyper-resilient, and it operates at more than 90% of its pre-war capacities. Also, for this sector, it is not a question of talking about reconstruction but rather about accelerating construction. And that’s good news. Tech already represents more than 5% of the Ukrainian GDP and will reach 15% in the next 4 years, – Dominique PIOTET. 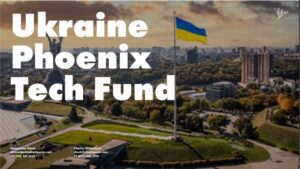