Study: Relations between cyberattacks, conventional attacks and information attacks in Ukraine are in line with the russian concept of “hybrid warfare”

State Service of Special Communications and Information Protection of Ukraine and and experts of the Ukrainian Economic Security Council with the assistance of the Strategic Communications Office of the Secretariat of the Commander-in-Chief of the Armed Forces of Ukraine and experts from TRUMAN Agency have analyzed the relationships between events and correlation among various types of russia’s attacks throughout 2022. The study shows a clear connection between cyberattacks, conventional attacks and information attacks that, in turn, correlate with the concept of hybrid warfare, accepted in russia. 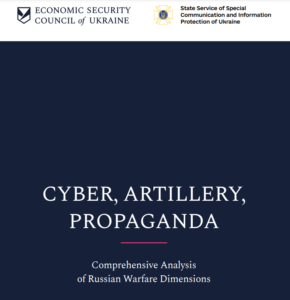