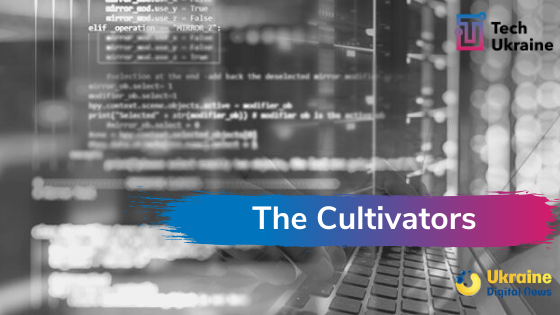 This series of articles shows how tech entrepreneurs living or born in Ukraine explore their motivations and dreams and also the many obstacles they face, striving to shape new products and services worldwide. Unlike the three Ukrainian tech entrepreneurs profiled in Part 2 of this series, the innovators in this group established their global companies and still manage and continue to grow them to this day.  These “cultivators” faced many challenges taking their products to the US market and elsewhere outside Ukraine, but have experienced great success as they focused on long-term growth. These three profiles of young risk-takers highlight their efforts to succeed on a global stage despite the odds stacked against them.

Software development and engineering of various kinds comes natural to Ukrainians. Marketing does not.  And yet knowing how to market a Ukrainian product or service in the US, the EU and elsewhere is an essential skill needed to go global.

Software development and engineering of various kinds comes natural to Ukrainians. Marketing does not.  And yet knowing how to market a Ukrainian product or service in the U.S., the EU and elsewhere is an essential skill needed to go global.

Over a period of several months, Readdle acquired more than 60,000 users and Apple listed it on the recommended directory of their official website and invited the company to launch an APP in its new APP Store in 2008.  Readdle continued to develop its productivity products on the IOS platform and today has cumulatively generated more than 100,000 million downloads and the company is profitable.  It has offices in San Jose, California, and Odesa.

Denys Zhdanov joined his brother at Readdle in 2008 to do product marketing.  It became apparent to him that to achieve success he would need to leave Odesa and pursue a business education abroad. He enrolled in the Aston Business School and its Masters in Business and Management program in the UK.  He soon realized there that a company must make business media aware of its products in order to be profitable.  This was very clear in March 2009, when Walter Mossberg, who was the principal technology columnist for the Wall Street Journal, wrote about the ReaddleDocs App and as a result its sales shot up by more than 800%!

Zhdanov still performs his key role as VP of Marketing with Readdle and talks often about the benefits of a company “bootstrapping” its way to growth.  Forbes magazine included the Ukrainian tech entrepreneur in its list, “30 Under 30 – Europe – Technology 2018.” Zhdanov hopes to inspire a new generation of innovators to take their products global. (Listen to interview.)

Software development and engineering of various kinds comes natural to Ukrainians. Marketing does not.  And yet knowing how to market a Ukrainian product or service in the USA, the EU and elsewhere is an essential skill needed to go global.

Preply is an online language-learning platform that helps business professionals easily find tutors of foreign languages.  Although it was founded in Boston in 2012 by Ukrainian entrepreneurs Kirill Bigai, Serge Lukianov and Dmytro Voloshyn, its product went through several iterations and headquarters are now in Kyiv, Ukraine, with a small development office in Berlin and a new office opening in Barcelona.

CEO Bigai points out that today “the company has clients in 100 countries worldwide, but the U.S. and Europe account for about 70% of its business” (listen to interview). More than 25,000 tutors are registered on the platform teaching 40 languages, including English, German, French, Russian, Polish, Ukrainian, Arabic and Chinese, to more than 100,000 students.

The original decision to establish the company in Boston was driven by investors who were based there. “They told us if you want to make it big you should start from the US,” said Bigai.  It became apparent early on that the product would require further development after getting market feedback and it was simply too expensive to do this in Boston. So they returned to Ukraine, retooled the product and adapted their global market strategy to roll out in Ukraine, Russia and then eventually in the EU while still maintaining ties with the US.

Preply has been very successful at raising capital for its business.  It has secured $5.6 million in funding so far, including $4 million in 2018, to support its growth plans.

Although large players like Duolingo dominate the online language market today, Bigai hopes to become “number one in our small niche, which is market-based phone-line, language tutoring and then we will start competing with larger online schools.”  And based on his own experience he offers this piece of advice to young Ukrainian tech entrepreneurs.

Ukrainian tech entrepreneur Vitaliy Goncharuk launched his first major commercial effort in 2011 with the company AR23D Studio. It was focused on mobile 3D-augmented reality solutions for advertising, sales, entertainment and games. The company was founded in Odesa.

Goncharuk later moved his headquarters to Palo Alto, California, in 2015 and changed the company name to Augmented Pixels.   The reasons for the move were twofold. “My goal was to make a global business and you can’t do this from anywhere else except the Bay Area, New York, London, etc.,” he said.

“The second reason was to secure my business from the turbulence in Eastern Europe,” the entrepreneur added, referring to the 2013-14 political and social upheaval which saw the ouster of the previously elected Ukrainian President Victor Yanukovych.

Some major investors including The Hive and Steltec Capital invested in Augmented Pixels after its move to California.  Others would follow such as the Ukrainian venture capital company AVentures Capital. Continuing to develop new applications, Goncharuk and his team would eventually create a better way for drones and robots to navigate using computer vision based on his proprietary SLAM technology.  In 2017, Augmented Pixels entered into a partnership with LG Electronics to create a market solution combining an LG 3D camera and AP’s proprietary software.

Goncharuk believes there is a great business opportunity for real time 3D mapping using SLAM in the automotive field, robotics, logistics and other sectors.

Augmented Pixels no longer has an office in Odesa, but has established an R&D operation in Kyiv and a European office is planned in the future. Goncharuk now lives in Palo Alto, but traveling to Ukraine and Asia on a regular basis.

He emphasizes that to do business in a new place outside your own native land you need to become immersed in the local language, culture and business climate to be successful.  He believes the current climate for young entrepreneurs in Ukraine is much more supportive than it was when he started his company in Odesa in 2011.

“But as for me you know real entrepreneurs don’t need any such assistance. So for entrepreneurs there are no barriers. If you want to be successful, you just follow the opportunities,” says Goncharuk.

What is his advice to Ukrainian innovators?  “First of all, don’t listen to any advice. Just follow your vision. Prepare for some challenges and you will experience great satisfaction when you achieve your goals.”  (Listen to interview)