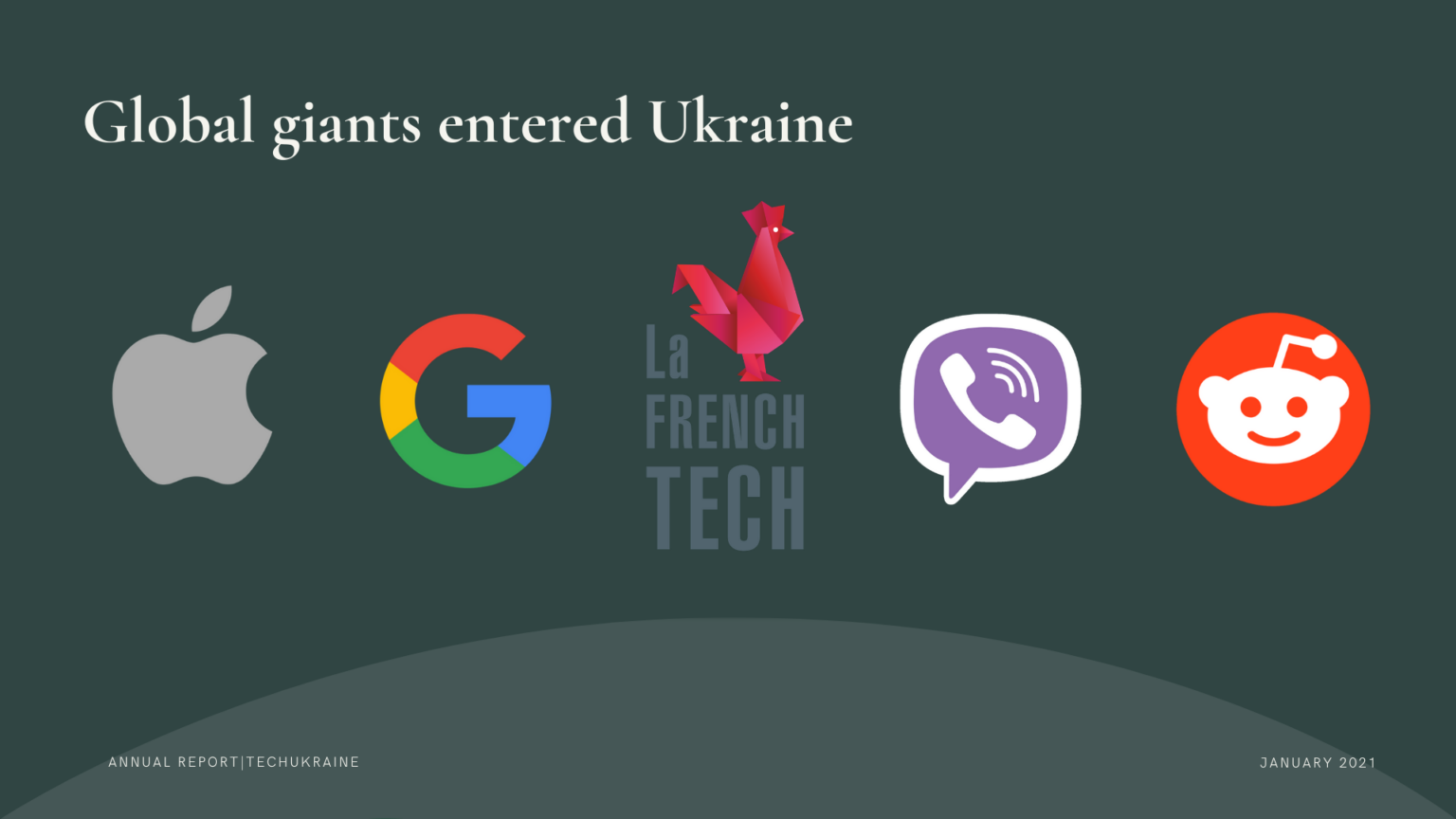 “While 2020 has been a year of groundbreaking changes, the Ukrainian tech sector has demonstrated its proactivity, flexibility, continued job creation, great kicks off, and investment deals,” believe the authors of the report.

These achievements came as the country experienced the impact of the 2020 global Covid-19 pandemic.

The report highlights the following trends and numbers:

The report also lists the mergers and acquisitions involving Ukrainian tech companies, the international awards they received, as well as important government initiatives.

In the first in a series of webcasts produced by the US-Ukraine Foundation, Nataly Veremeeva, Director of TechUkraine, presents the report, “Overview 2020: Ukrainian Tech Ecosystem”, created by Iryna Supruniuk, communication & analyst of TechUkraine.

Webcast producer and host Mike Buryk discussed the report findings with Nataly Veremeeva and UVCA CEO Olga Afanasyeva.  The webcast, made with the support of the US-Ukraine Foundation, is available for viewing on YouTube here.

Mike Buryk is a freelance writer and also the producer and host of Made in Ukraine Tech Startup Edition, a podcast covering investment in Ukraine and the global expansion of its technology product and software companies.