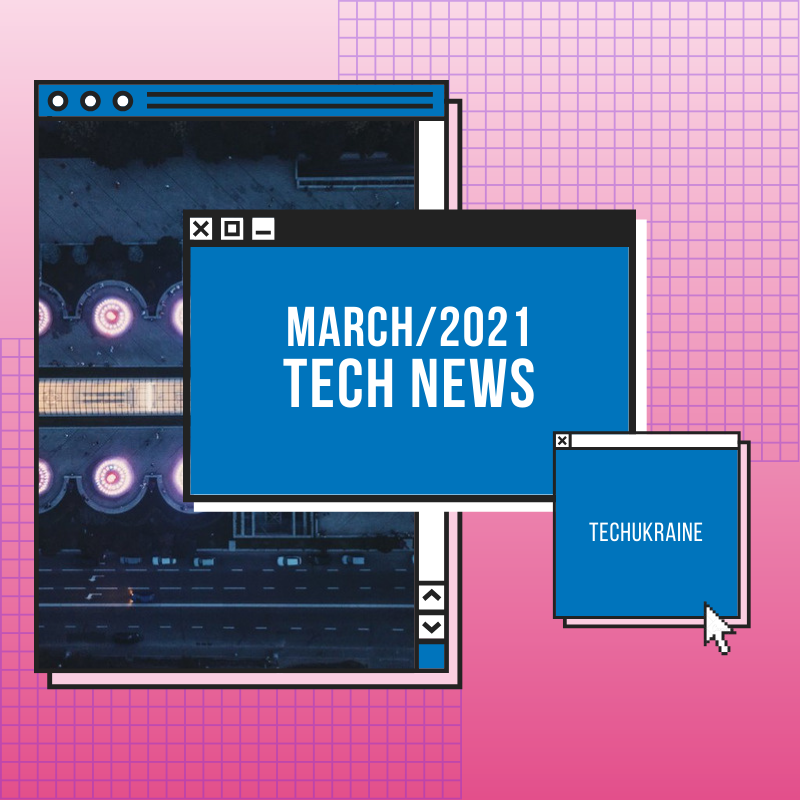 What has happened in the Ukrainian tech market in March 2021?

Ukrainian e-bikes company Delfast raised $3.4 million during the crowdfunding campaign with the goal of $3 million on Fundable, the largest crowdfunding platform helping small businesses raise capital. Now the company plans to construct the R&D center that will satisfy the rising demand for electric bikes and fulfill the requests Delfast already received, meaning the letters of intent worth $100 million – read

Apple is growing in Ukraine: Apple posted 3 vacancies opening in the Kyiv office. It is looking for a Country Field Staff Manager for the Sales and Business Development team, Legal Counsel, and Indirect Tax Analyst. Officially, the company has not yet opened a representative office in Ukraine, but it has already registered a legal entity – read

Reface investor Sergey Tokarev announced founding an ML and AI venture studio Pawa with Denis Dmitrenko, Kyle Sygyda, and Hanna Shuvalova that will scale machine learning ideas from a concept to a fully-fledged company. The team aims to build the biggest EU platform for developing the AI and ML (machine learning) projects – read

VRARA, the global Virtual and Augmented Reality industry association, is now in Ukraine. The VR/AR Association strives to connect the local and global community through its initiatives of organizing and holding local events – read

The Baltic Sandbox Ukraine, representative Baltic Sandbox office in Ukraine, kicks off at the end of March. BalticSandbox, a startup accelerator, ecosystem builder, and educational platform for the EU venture market. Baltic Sandbox team is driven on a mission to help startups skyrocket, business angels widen their competencies with hands-on practices, and investors not to run out of outstanding founders – read

Hitachi Ltd buys software company GlobalLogic Inc for $9.6 billion, including repayment of the debt. GlobalLogic Ukraine represented in Kyiv, Lviv, Mykolayiv, Kharkiv and has a talent pool of over 5000 specialists. More than 90% of Ukrainian solutions are complex R&D-projects – read

Ukrainian upSWOT, a white-label online banking add-on to help banks support their clients with benchmarking, KPIs, and insights, raised a $4.3M Seed Round by Common Ocean, CFVVentures, SpeedUp Group, and others – read

Romania-born robotic process automation company UiPath with an office in Ukraine has filed its IPO prospectus with the Securities and Exchange Commission and plans to list on the New York Stock Exchange. In February, the company has raised $750 million at a $35 billion valuation. UiPath has the R&D in Lviv based on the acquired in 2019 automated process documentation startup StepShot – read

Ukrainian streamer engagement platform for e-sportsmen and streamers Organization.GG has raised $610,000 in a pre-seed round by WePlay Esports holding, QPDigital VC fund and business angels from Silicon Valley –  read

Graduates of the first NEST Bootcamp by UNIT.City, AI-startup Watched, has attracted $450,000 from the Ukrainian venture fund QPDigital – read

The corporate group Playrix has acquired the Ukrainian game developer Boolat Games, based in Kyiv and Poltava. The amount of the deal was not disclosed. The company will join Playrix under the renewed brand name Boolat Play – read

Ukraine is now the world’s first country where a digital passport has the same power internally, as a paper or plastic one, make its digital and physical passports interchangeable. Starting on Aug. 23, Ukrainian citizens can use digital passports in the Diia mobile app to confirm their identity and citizenship – read

25th of March the Global Sourcing Association announced Ukraine as the winner of the annual award Delivery Destination of the Year. Ukrainian Ciklum was awarded in the nomination of the Retail Project of the Year for the development of the B2B marketplace for Metro/ Also, Ukrainian tech companies N_іX and ELEKS were shortlisted. IT exports to GB in 2020 grew up to 50% and reached $350 Mln. Now it’s equal to TOP 3 trade goods export: black metals, corn, oilseeds – read

Farmak, one of Ukraine’s top pharmaceutical companies, has created a state-of-the-art PCR test to detect new variants of the novel coronavirus. The product also detects the new UK variant of coronavirus. Reference trials of the PCR test kit are carried out in both private and public laboratories in Ukraine (Kharkiv, Dnipro, Zaporizhia, Vinnytsia), confirming its accuracy – read

Ukrainian startup Nutis won the gold medal within the International Exhibition of Inventions of Geneva. The HealthTech startup helps to keep health and body in good shape with innovative solutions: glasses, wristband, and mobile app

U.S. inventor of Ukrainian origin Lubomyr Romankiw, 89, was awarded the Order of Prince Yaroslav. Mr. Romankiw is most noted for the development of a magnetic thin-film disk storage technology and the read-and-write magnetic head that revolutionized storage for all types of machines, from supercomputers to mobile devices – read

The share of women in Ukraine’s IT workforce has tripled over the last decade, hitting 22% today, according to a study by GlobalLogic – read

A Ukrainian startup Kurs Orbital, co-founded by the former head of Ukraine’s space agency Volodymyr Usov, is building an in-orbit servicing vehicle using space docking technology developed decades ago by the former Soviet Union and raising $6.5 million in its first investment round this summer – read

The technology of 3D metal printing is unique worldwide, but one of the largest, the xBeam 3D metal printer, is located in Ukraine and developed by the Chervona Khvylia (Red Wave) company with CEP Ukraine support – read

Ukrainian startup Animal-id.net with USAID’s Competitive Economy Program help will develop the distribution of identificators (smart QR pet ID tags) on the US market. Thanks to pet identificators (QR pet tags and microchips) and Animal ID international online platform for pet registration this startup integrates information about animals around the world – read

Intellias became the first IT company in Ukraine to sign the Women’s Empowerment Principles by UN initiated by the United Nations Global Compact and UN Women. Thus, the company has joined the global movement for gender equality in the workplace and in society, which already has more than 5,000 companies worldwide, including Google, Facebook, Microsoft, EY, Uber, and others – read

Ukrainian logistics company Nova Poshta in partnership with creative agency Postmen represented the world-first robot-librarian NP Lukash within the exhibition Lesya Ukrainka: 150 Names which is part of an art project dedicated to the 150th anniversary of the prominent Ukrainian writer and public figure – read

The story of the AirSlate company (ex-pdfFiller) by Forbes Ukraine: when and who founded the company, investments rounds, the pivots, and growth hacking on the path to success – read

Interview with CEO of Google Ukraine Dmytro Sholomco for Forbes Ukraine is about the numbers of the Ukrainian team, R&D, new products and services by the giant – read

The first private steel and mining University established in Ukraine – Metinvest Polytechnic. The University, based in Mariupol, will specialize in material sciences, metallurgy, computer science, the automation of production processes, economics, the environment, chemical technologies and engineering, architecture and civil engineering, occupational safety, and mining. Microsoft Ukraine is developing the IT infrastructure of Metinvest Polytechnic – read

UNIT.City will install the first 5G tower in Ukraine within the signed memorandum of cooperation with the Ministry of Digital Transformation. According to the agreement UNIT.City will become the main platform for technological experiments that will help to transform the country – read

Ukraine on Feb. 24 approved the immigration quotas for 5,000 foreign specialists who want to work in the local information technology sector. With these quotas, techies can work at different enterprises and get a permanent residence permit, which they will need to update only once in a decade – read

Deputy Prime Minister – Minister of Digital Transformation Mykhailo Fedorov told about a special tax and legal regime Diia City: the Diia City project will double the number of IT employees – from 200 to 450 thousand in 4 years. It will also ensure the growth of the IT sector by 40-50% annually – today it is 20-30%. In addition, it will be possible to increase the revenues of the IT industry up to $ 16.5 billion. In 2019, this figure was $ 6 billion – read

The Prime Minister of Ukraine Denys Shmyhal and the Minister of Transport of the Federal State of North Rhine-Westphalia (NRW) Hendrik Wüst signed the Memorandum on Ukrainian-German partnership in the digitalization sector. The parties considered economic cooperation, partnership in the field of digitalization, and launching joint investment projects in Ukraine – read 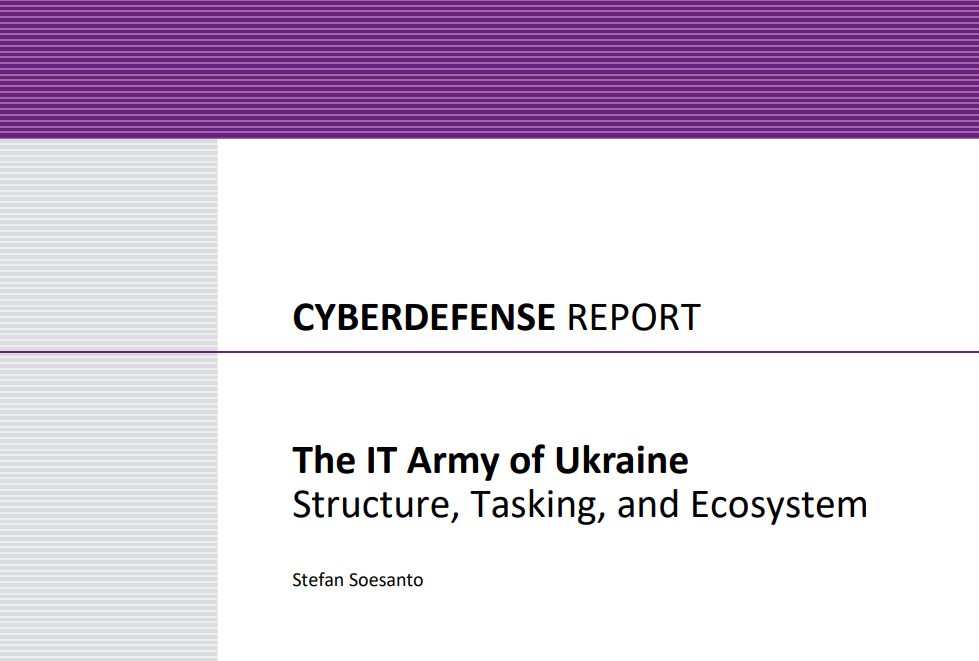 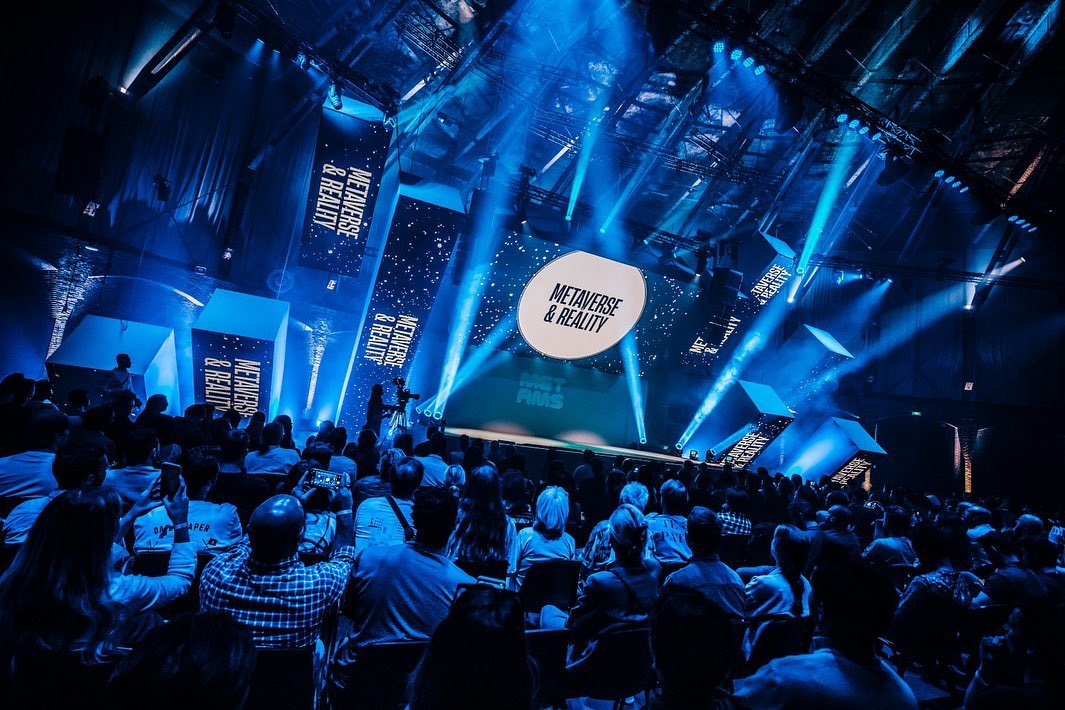 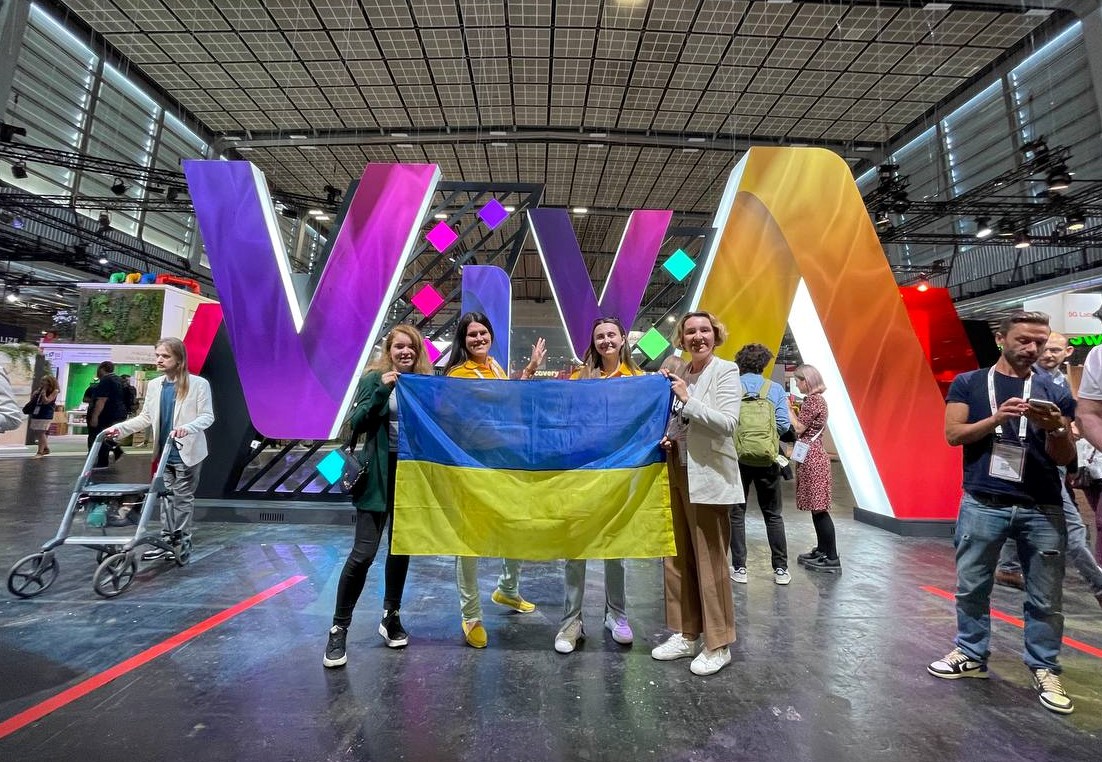 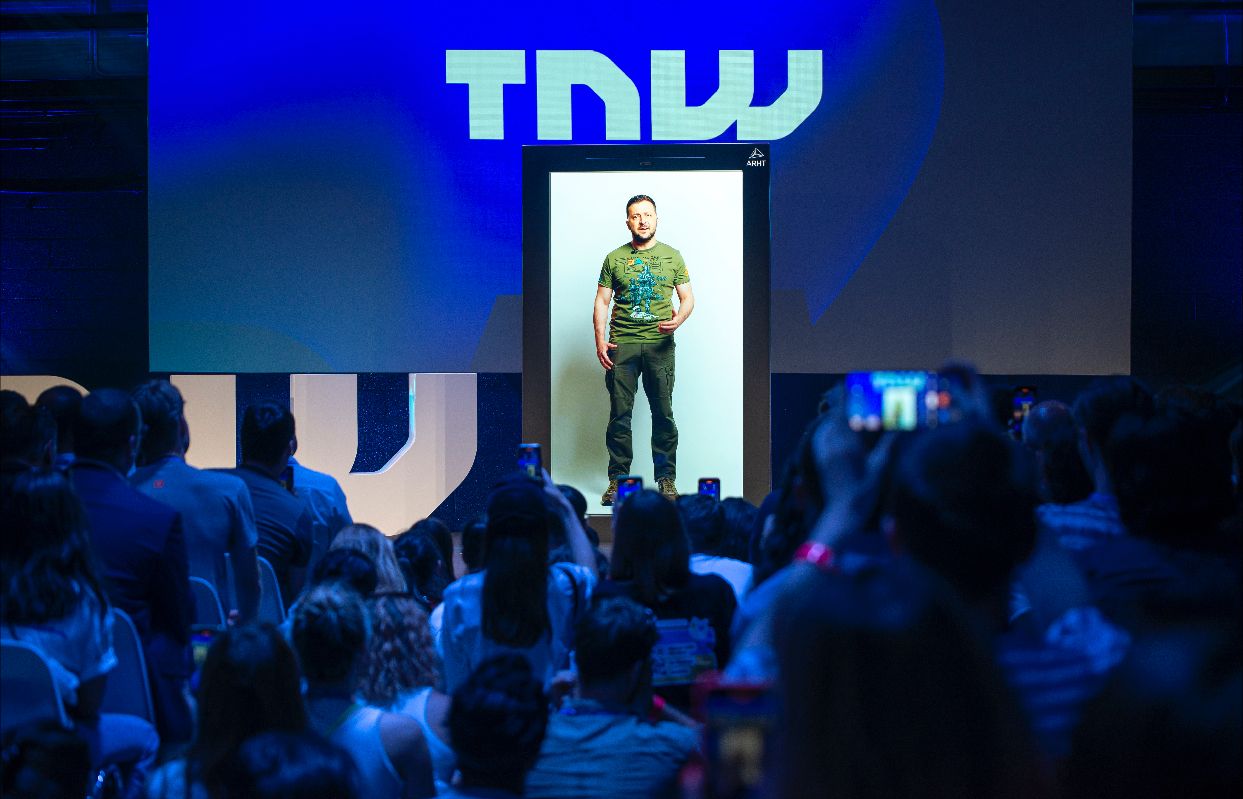