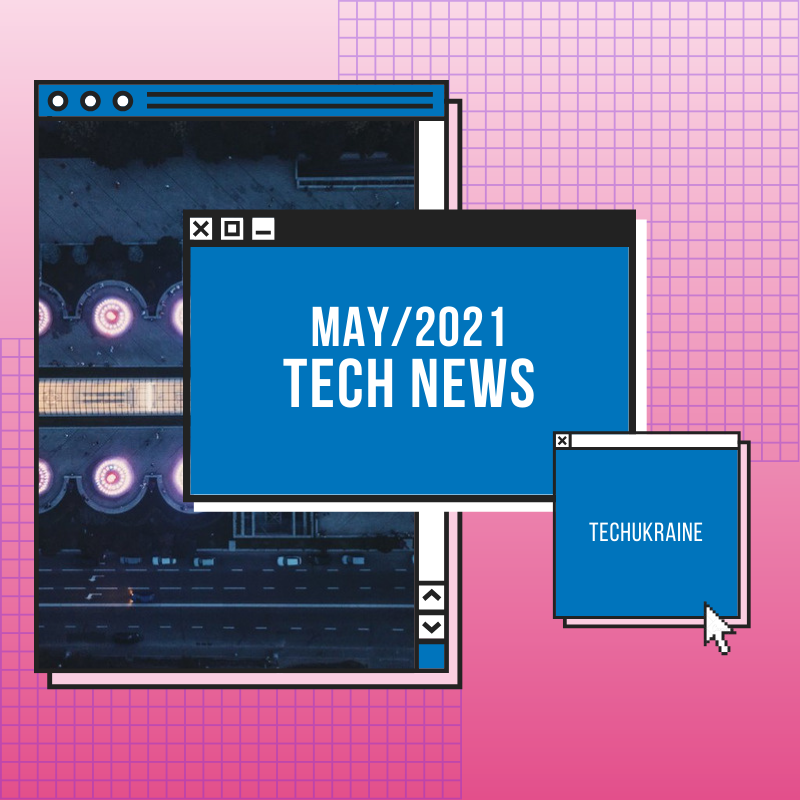 What has happened in the Ukrainian tech market in May 2021?

American ride-sharing company Lyft will open an R&D center in Kyiv, Ukraine. Lyft Kyiv team will concentrate its efforts on the Mapping domain and the core development of engineering will be GIS and Cartography – read

EPAM Ukraine, a leading global product development, digital platform engineering, and top digital and product design agency, announced an opening of a new office in Ivano-Frankivsk in autumn – the most comfortable city in Ukraine for IT specialists according to the rating by Developers.Org.Ua – read

Ukrainian retail chain Fozzy Group established the R&D center of AI and innovations. Aiming to create cutting-edge solutions for retail, logistics, and restaurant business, Laboratory Zi is a part of TemaBit, the ІТ-developer of the holding – read

Ukrainian fund Roosh Ventures, founded by Reface investors Sergey Tokarev and Denys Dmytrenko, took part in a $100 Mln investment round at a valuation of about $800 million in Oura, a Finnish maker of devices that track sleep, physical activity and other measures of well-being – read

Ukrainian Venture fund TA Ventures and private investors club ICLUB participated in a $50 Mln round in Spanish Impress, direct-to-consumer orthodontics startup. The Series A round was led by CareCapital along with Nickleby capital, UNIQA Ventures, and others – read

Astound Commerce, with development centers and a team of more than 850 IT professionals in five cities in Ukraine, has announced strategic investments from California-based RLH Equity Partners with the additional participation of Salesforce, a corporate investment group, Salesforce Ventures. The amount of the deal is currently unknown – read

Vimeo, the world’s leading all-in-one video software solution will begin trading on Nasdaq under the symbol “VMEO.” The company has an R&D office in Zaporizhzhya where works 34 tech specialists – read

Ukraine is listed 27th on the annual report of Expat Insider 2021 by a network for expats InterNations that explore the best and worst places to feel at home abroad. Ukraine is also in the top 10 in the category of finding friends – read

MacPaw announced the opening of the public Apple Museum (now in progress) in MacPaw Space, Kyiv with the big mission to befriend humans and technology. The collection includes 323 exhibits, including Apple’s iconic products and fascinating stories about Apple’s behind the scenes – read

Within the “All-Ukrainian Forum “Ukraine 30. Digitalization” conference that was dedicated to the key goals of the Ministry of Digital Transformation and the objectives for the next three years, the Deputy Prime Minister – Minister of Digital Transformation Mykhailo Fedorov declared the strategic goal to digitize 100% of public services in 3 years. The Ministry team presented more than 10 new services in the Diia (Action – ed.) including changing a place of registration, paying taxes, changing driver’s license, registering business, digital signature and e-petitions – all these online, in a few clicks. Simple, convenient, without unnecessary nerves, officials and bribes – read

The Government launched the Creative Economy Development Council powered by the Ministry of Culture and Information Policy and the Minister of Digital Transformation. The temporary advisory body of the Cabinet of Ministers will help solve problems and stimulate the sphere – read

The story is about filming the video of Oculus made by Ukrainian Radioaktive Film, the leading film service production in Ukraine – read

The story is about the Ukrainian IT-Enterprise, a market leader in implementing solutions for medium and large enterprises, that provided the mechanical processing manufacture for aerospace industry FED JSC an automated production planning system that enabled FED management to avoid disrupting important contracts with the world-leading aircraft manufacturers totaling $ 90 million – read

The story is about the Ukrainian innovative engineering company ELEKS enhanced the manufacturing productivity of Bader Ukraine, leading leather producer for the automotive industry, by conducting the process of Data Collection and Data Labelling for further model training and automatic defect detection – read

The story of DroneUA which unlocks the potential of implementing drones, software, big data that help Ukrainian farmers be more competitive and sustainable – read