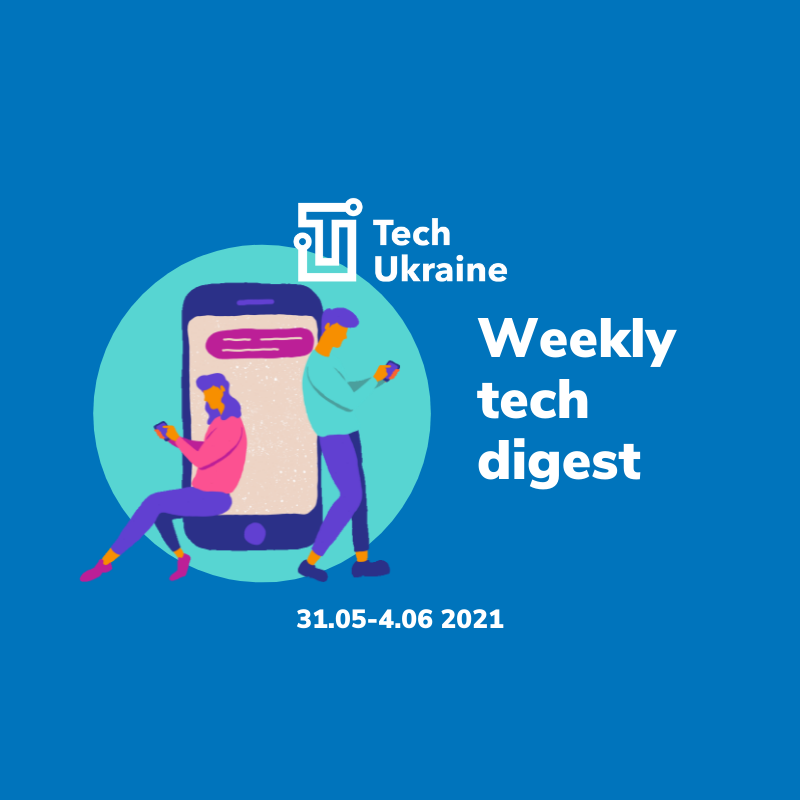 What has happened in the Ukrainian tech market during the first week of June 2021?

U.S.-based IT company CognitOps, a provider of artificial intelligence-based warehouse applications, announced the opening of a software development center in Kyiv  after raising $ 11 million within the Series A funding round – read

Ukrainian DevOps platform GitLab announced the acquisition of UnReview, a machine learning-based tool that helps software teams recommend the best reviewers for when developers want to check in their latest code. The financial details of the deal are not disclosed – read

TechUkraine in cooperation with UNIT.City held the first iteration of the Ideathon “How to pitch Ukrainian tech?” to create and introduce the new narrative of Ukrainian tech sector – read

UK fintech startup Revolut launched money transfers to Ukraine. The service informs about the possibility to send money to Ukraine in more than 30 currencies – read

NGO Ukrainian Clusters presents the list of 22 IT clusters operating In Ukraine in 2021. Among the key – Lviv, Kharkiv, Dnipro, Kyiv, Zaporizhzhya and others – read

The Verkhovna Rada has passed at the first reading bill No. 5376 on amendments to the Tax Code of Ukraine regarding the stimulation of the development of the digital economy in Ukraine, which regulates the tax conditions of the special legal regime Diia City. The bill introduces a special taxation regime for companies-residents of Diia City and the income of their employees, including gig specialists. The document, in particular, gives Diia City residents the opportunity to choose between paying income tax (18%) and tax on withdrawn capital at a rate of 9% – read

Ukraine’s parliament passed a bill on June 3 that imposes additional taxes on foreign companies like Apple, Netflix, Amazon and Facebook, according to Danil Getmantsev, head of the parliament’s committee on finance, taxation and customs policy. The bill said that foreign tech companies that are not registered in Ukraine will pay a 20% value-added tax, or VAT, for digital services they provide to local users – read

President of Ukraine Volodymyr Zelenskyy presented the concept of the Presidential University in Kyiv during the Forum “Ukraine 30. Education and Science”. The Ministry of Digital Transformation supports the President’s initiative to create a new modern university. The team of the Ministry of Digital Transformation will work on the educational direction “Information Technology, Cybersecurity and Artificial Intelligence” – read

How Ukrainian startup Liki24.com,the service delivers thousands of medicines per day and has a novel for the market approach to logistics, disrupt conservative pharma, deliver medical products – read