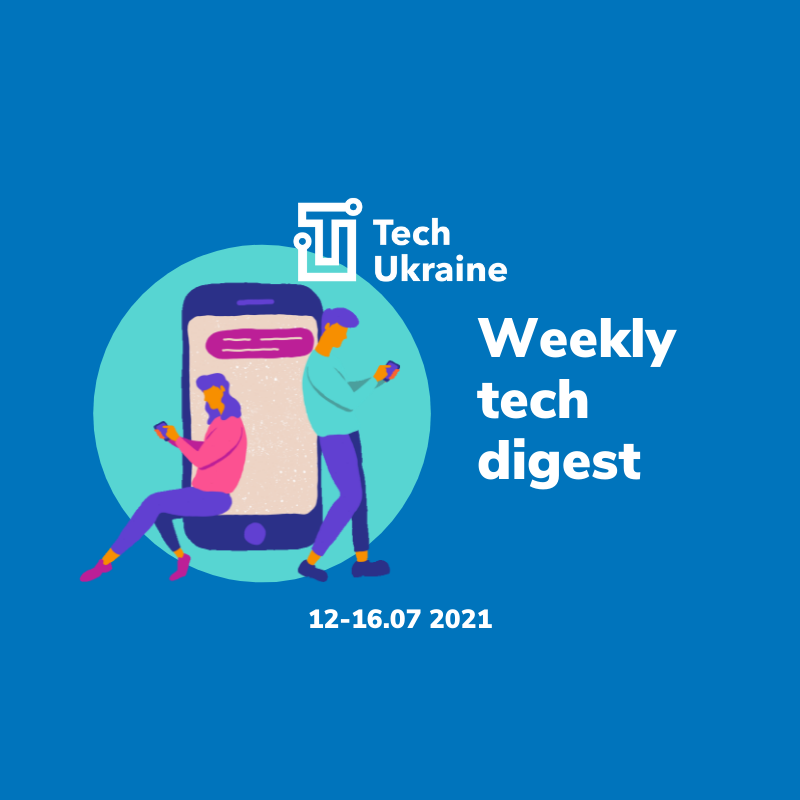 What has happened in the Ukrainian tech market during the 12-16 of July 2021?

EPAM opens a new office in Odesa that will be the coordination center for Ukrainian South – Odesa, Mykolayiv, Kherson regions. Previously, the company announced opening the office in Ivano-Frankivsk in autumn – read

The London-based financial “superapp” Revolut with Ukrainian cofounder Vlad Yatsenko has raised a $800 million Series E round of funding co-led by Softbank Vision Fund 2 and Tiger Global. The latest round of funding values Revolut at $33 billion – read

Ukrainian Onlizer, a cloud platform for integration and automation, raised $500 000 from QPDigital – read

Hitachi Completes Acquisition of GlobalLogic. GlobalLogic Ukraine is represented in Kyiv, Lviv, Mykolayiv, Kharkiv and has a talent pool of over 5000 specialists. More than 90% of Ukrainian solutions are complex R&D-projects – read

The rating of the TOP-100 IT employers in Ukraine according to the big research by MC.today and Work.ua, in which more than 13,000 questionnaires of respondents from 123 companies were analyzed. TOP 5 companies (over 1000): Genesis, Intellias, ELEKS. SQUAD, Sigma Software Group – read

The Verkhovna Rada has passed a key bill in support of Diia City, a special “economic zone” set up for the taxation, legislation and employment benefits tailored for local and foreign tech firms. The bill has created a lot of controversy, with many in the tech community opposed to Diia City. Ahead of the parliament meeting, on July 13, Ukrainian tech specialists in Kyiv, Dnipro and Kharkiv came to the street to protest against the bill: they compared Diia City to kolkhoz and slavery. Among the big Ukrainian companies backing the bill are telecommunication firm Kyivstar, the largest tech company EPAM, investment funds like Digital Future and BeeVentures, and startups like Reface and Ajax Systems – read

Dominique Piotet, CEO at UNIT.City, wrote a column at Forbes about the vibrant tech landscape in Kyiv and Ukraine – read

TOP-100 IT employers in Ukraine by MC.today and Work.ua – read