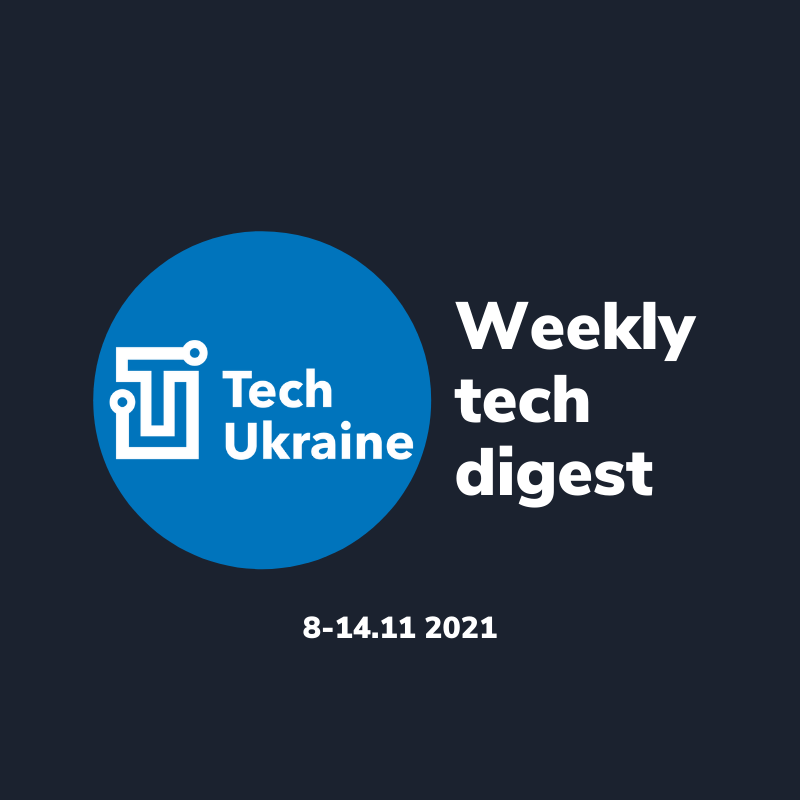 What has happened in the Ukrainian tech market on 8-14 of November 2021?

The Swedish company Velory, which provides businesses with services in the field of productivity, will open an R&D office in Ukraine – read

Nets A/S, a Denmark-based company that is engaged in providing payment services and related technology solutions across the Nordic region, will open the office in Ukraine – read

EPAM will open a new office in Ukraine (Kyiv) by the end of 2021. According to the quarterly financial report, the company will buy working space estimated $35 mln – read

Founded by Ukrainian Alex Gluchowski Matter Labs, the company behind zkSync, an Ethereum Layer 2 scaling protocol, announced $50M in new funding in addition to $6 MLN raised at Series A in February this year – read

Ukrainian startup Mate academy raised $1,9 MLN investments from cofounders of Wise (Transferwise), TelePort, Pipedrive, Bolt as well as Ukrainian Horizon Capital in addition to the round of 2019 by TAVentures and Flyer One Ventures – read

Latvia-based startup founded by a Ukrainian Roman Bysko Meredot, developing wireless charging stations for electric scooters, has raised $350,000 in a seed round from Ukrainian Overkill Ventures and Oleksandr Kryvoruchko – read

Forbes Ukraine presented the 30 under 30 list of the most successful Ukrainian young entrepreneurs. Among the categories there the stars of the IT business – read

Ukrainian cyber sport team NAVI Natus Vincere became the champions of the PGL Major Stockholm 2021: NAVI won the championship CS:GO with a 2 : 0 victory over G2 Esports in the grand final, earning $ 1,000,000 for their performance – read

IT company SoftServe developed a web resource to promote lessons in Ukrainian language among teachers of after-school activities. The platform was created in cooperation with NGO “Teach in Ukrainian” – read