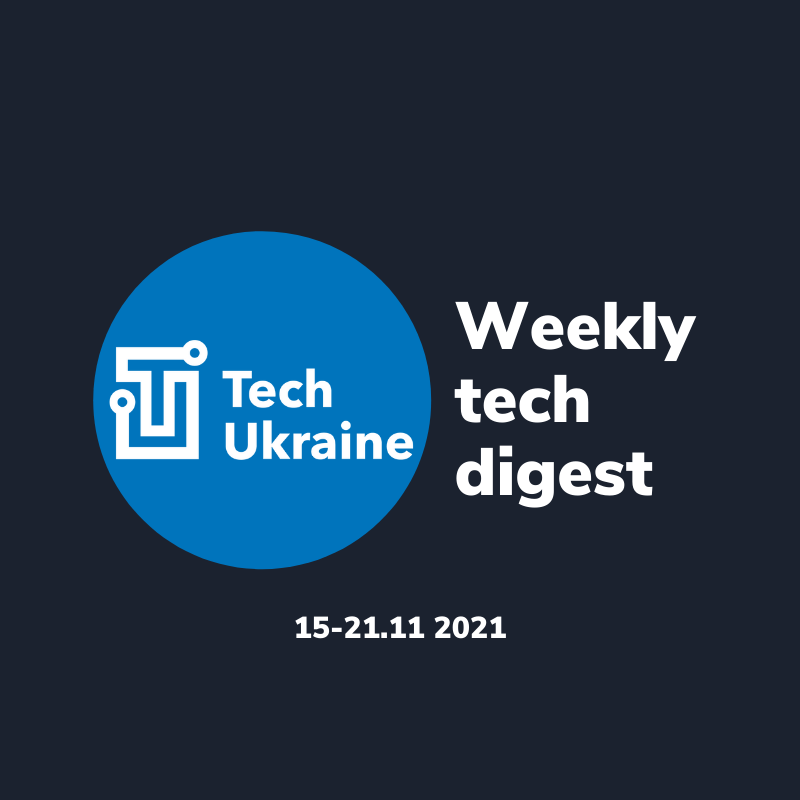 The USA unicorn Sift opens an engineering hub in Kyiv. The Kyiv-based remote team already counts 20 specialists and will be doubled during next year – read

The Spanish company Glovo, which offers a delivery service, chose Kyiv for expansion into the markets of post-Soviet countries: Belarus, Kyrgyzstan, Kazakhstan. Also, the company will become the resident of Diia.city – read

EPAM opened a new office in Kherson. The next one will be in the South of Ukraine – in Mykolayiv, in 2022 – read

Ukrainian decacorn Grammarly announced a $200M+ funding round from new investors, including Baillie Gifford and funds and accounts managed by BlackRock, among others. The valuation of the company is estimated at $ 13BLN – read

According to Opendatabot, in just 9 months of this year, Ukrainian IT exports increased by 35% compared to the corresponding period of 2020. At present, the revenue from this business exceeds 4.8 billion dollars – read

The Economist mentioned Ukrainian tech startup ADAM Bioprinting as the example of a groundbreaking company developing 3D-printed bone implants within the article “What next? 22 emerging technologies to watch in 2022” – read

15.11 the Ministry of Digital Transformation and USAID CEP launched Diia.Space at UNIT.City, a meeting point where the government, investors, and businesses of all sizes can experience the benefits of digitalization of the government services – read

Ukrainian startup Finmap.online is in top-30 startups on Web Summit, and top-6 from fintech – read

Ajax Systems renovated the laboratory of the Igor Sikorsky Kyiv Polytechnic Institute’s Faculty of Electronics and equipped it with everything necessary for practical lab activities. In total, more than UAH 800,000 has been invested in the project, and UAH 500,000 of which is the cost of equipment – read

Intellias announces the launch of IntelliStart — an educational space for students, graduates and those who dream of starting their career in IT – read

Ukrainian Headway app, EdTech company that provides bite-sized learning for busy adults, have already been downloaded by over 8 million people from all over the world – read

The reportag of the event “Ukraine at WebSummit: Summary & Network Party” during which were featured key achievements of the first-ever Ukrainian Pavilion at Web Summit 2021 – read

The column by Den Dmitrenko, Co-founder of Reface and an expert on investments explains, covers machine learning trend and looks at the market benefits of using ML – read

In just 5 month-period UNIT.City exponentially increased the number of their brand advocates to 400 and the total number of Facebook actions produced by ambassadors around the brand increased on average by 25 % reaching almost 5,000. How Spitche made it happen – read

The Ministry of Digital Transformation launched a new 3-year EU technical assistance project “Support to Ukraine’s Digital Policy”. The amount of support will be 2,523,000 euros – read