After fruitful and productive four days at CES2023, the Ukrainian tech delegation went to Silicon Valley to meet with 500 Global, Network VC & One Way Ventures, Berkeley Skydeck, Plug and Play Tech Center and participated in the special event “The Ukrainian Technology start-up showcase.”

Despite storms in California, the Ukrainian Trade Mission was warmly welcomed in Silicon Valley during the meeting with well-known investors Eugene Malobrodsky, managing partner of One Way Ventures, and Alexander Soroka, partner of the Network VC fund, founder of Startup.Network, member of the Ukrainian Venture Capital and Private Equity Association (UVCA) supervisory board.

Oleksandr Soroka, partner of the Network VC fund: “We are glad to welcome hardware startups from Ukraine in Silicon Valley which visited us after successful participation in CES 2023. We support our tech teams by opening the fundraising opportunities and scaling in the US market.”
During the event, startup founders and participants of the Trade Mission communicated with venture investment professionals, talked about their decisions and listened to feedback, exchanged opinions, and received valuable recommendations for promoting their products and algorithms for entering new markets. 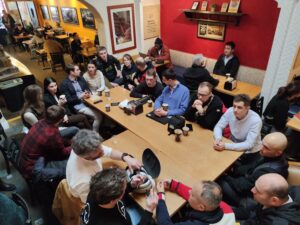 Yevhen Malobrodsky, managing partner of One Way Ventures: “We believe that the future of the Ukrainian tech ecosystem is very bright. Ukraine has the potential to become the #1 IT hub in all of Europe.”

The next meeting took place in the office of one of the most famous tech accelerators – 500 Global (former 500 Startups), where the delegation met by Leonard Lee, Head of Accelerator Ops. 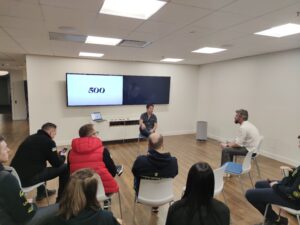 Leonard told Ukrainian entrepreneurs about open programs and opportunities of the accelerator, terms of participation, and key selection metrics, and also shared the “secrets” of creating and developing a successful startup, which experienced investors expect to see and hear in order to invest in a startup.

In the end, Leonardo emphasized that now 500 Global’s portfolio also has Ukrainian startups, and the accelerator team supports Ukraine in difficult war times. 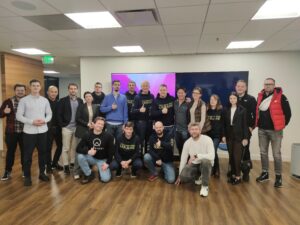 On January 10, 2023, in San Francisco, a Ukrainian tech delegation with 8 Ukrainian hardware startups attended a special networking event, “Ukrainian Technology Start-up Showcase,” with the participation and pitching of 8 Ukrainian hardware startups. The event was co-organized by the USAID Competitive Economy Program in Ukraine (USAID CEP), the US Commercial Service, the Consulate General of Ukraine in San Francisco, and Nixon Peabody LLP. 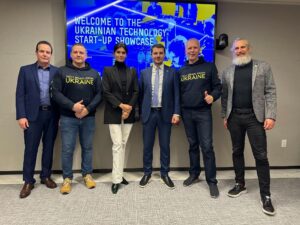 The Ukrainian entrepreneurs presented for over 60 guests (managers of investment funds, investors, partners, and members of Ukrainian communities in San Francisco) a number of cutting-edge products to venture investors, ranging from environmentally friendly coffee grounds-based cups to solutions for emergency medical situations. Ukrainian startup founders told fascinating and inspiring stories of business development in challenging conditions during the full-scale invasion.

Dmytro Kushneruk, the Consul General of Ukraine in San Francisco: “The clients of our companies in the USA and around the world value the deep level of knowledge of Ukrainian tech professionals, creativity, and open-mindedness of Ukrainians. I am sure these meetings and mutual efforts will benefit both Ukrainian and American tech ecosystems. And will help to bring bright Ukrainian ideas to the global market.” 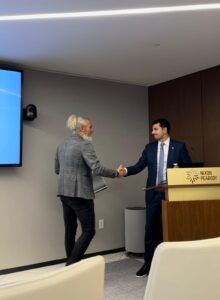 After the opening speech by the Ukrainian Consul, high-level American guests and co-organizers of the event, Daniel Giavina, International trade specialist at the US Department of Commerce, US Commercial Service, and David Kaufman, Director of Global Strategies at Nixon Peabody LLP, emphasized the need for international cooperation between Ukrainian entrepreneurs and American customers and expressed their readiness to help Ukrainians in every possible way in establishing ties and developing trade.

During 2-minute pitches, Ukrainian entrepreneurs presented their projects. During informal networking, they had the opportunity to discuss their products with the event’s guests, receive feedback and establish new relationships with local partners and investors. 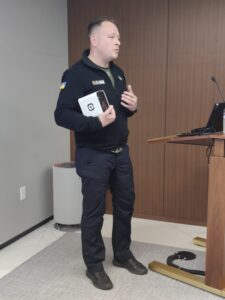 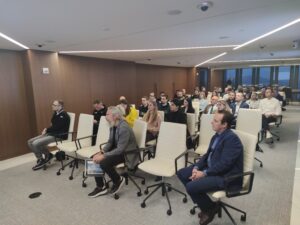 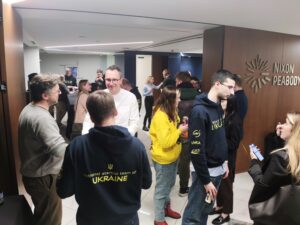 At the end of the visit of the Ukrainian Trade Mission to the USA, our tech teams visited Berkeley SkyDeck accelerator in California, one of the well-known accelerators for science-driven startups. Formed as a partnership between University of California, Berkeley, Haas School of Business, the College of Engineering, and the Office of the Vice Chancellor for Research, SkyDeck offers a powerful environment for startups to grow and launch, units all the benefits of a traditional accelerator along with the vast resources of the world’s number one ranked public university.

Sibyl Chen, General Manager and Head of the Program, welcomed the delegation and provided information about the current programs, initiatives of the accelerator, opportunities for participants, and the selection criteria. 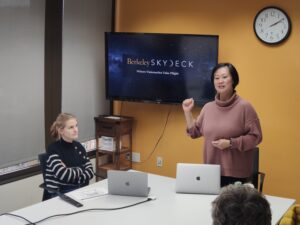 Being at the Berkeley Skydeck is worth it: the total investment pool the accelerator provides to each selected startup is almost $1 million ($200,000 in financial investment + $750,000 in services). Any number cannot estimate the brilliant quality of the network that is opened to program participants. 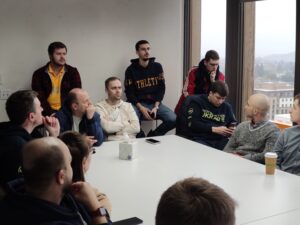 We hope to see our startups’ names and their success on the Berkeley Skydeck Wall of Fame soon! 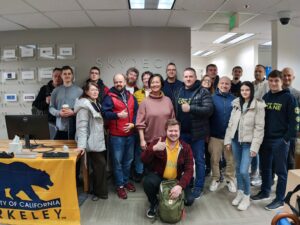 According to the Trade Mission participants, the last meeting exceeded all their expectations – a visit to the Plug and Play Tech Center, Venture Capital Firm, Startup Accelerator, and famous Corporate Innovation Consultant.

Plug and Play runs multiple corporate innovation and accelerator programs for startups, operating across 20+ industries worldwide. Since it was founded in 2006, the firm has established a global network for startups and corporations, raising over $9 billion in funding from companies within the community. Plug and Play is essentially an ecosystem that has brought together 35,000+ startups, 500+ world corporations, venture capital firms, universities, and government agencies in the past 16 years. 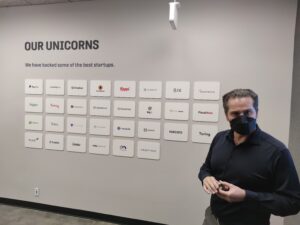 Amir Amidi, the managing partner of the firm, met the delegation of Ukrainian startups. He talked about the ecosystem and the scale of corporate connections, demonstrated the wall of unicorns, showcased the Plug & Play Tech Center office, and discussed the plans for developing the ecosystem in new markets.

After that, Johnatan Lu, investment manager, told about programs, the selection of startups, and cooperation algorithms. For now, Plug & Play has made more than 1,600 investments, and its goal is to make about 200 investments per year. 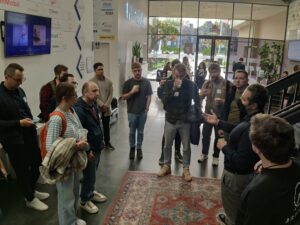 Janis Skriveris, Senior Associate on the Ventures team at Plug and Play, told about the algorithms and principles of cooperation between startups and corporations, which is part of the Plug&Play network.

At the end of the meeting, Ukrainian startups presented their projects and received first-hand professional feedback. At least three startups caught the audience’s interest and agreed to continue the dialogue after the teams returned to Ukraine. 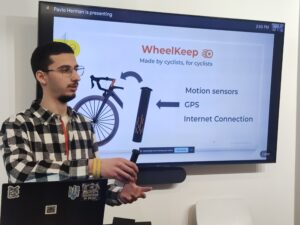 During the visit to Berkeley, Ukrainian entrepreneurs heard words of support and hope that the number of Ukrainian startups and innovative solutions in the American market will grow.

Summarizing the results of the entire visit to the USA, one of the founders said: “It was beneficial and interesting. We understood it would be cool but not as fascinating, high-level, and productive as we got!” 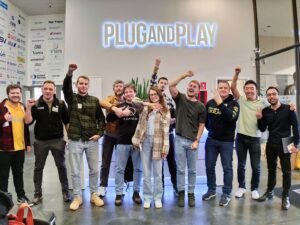