Ukraine’s tech sector has had to adapt to the realities of war but continues to operate at almost full capacity despite the extraordinary conditions, demonstrating colossal resilence. Read TechUkraine’s digest of 1.08-30.09.2022 and dig deeper into: 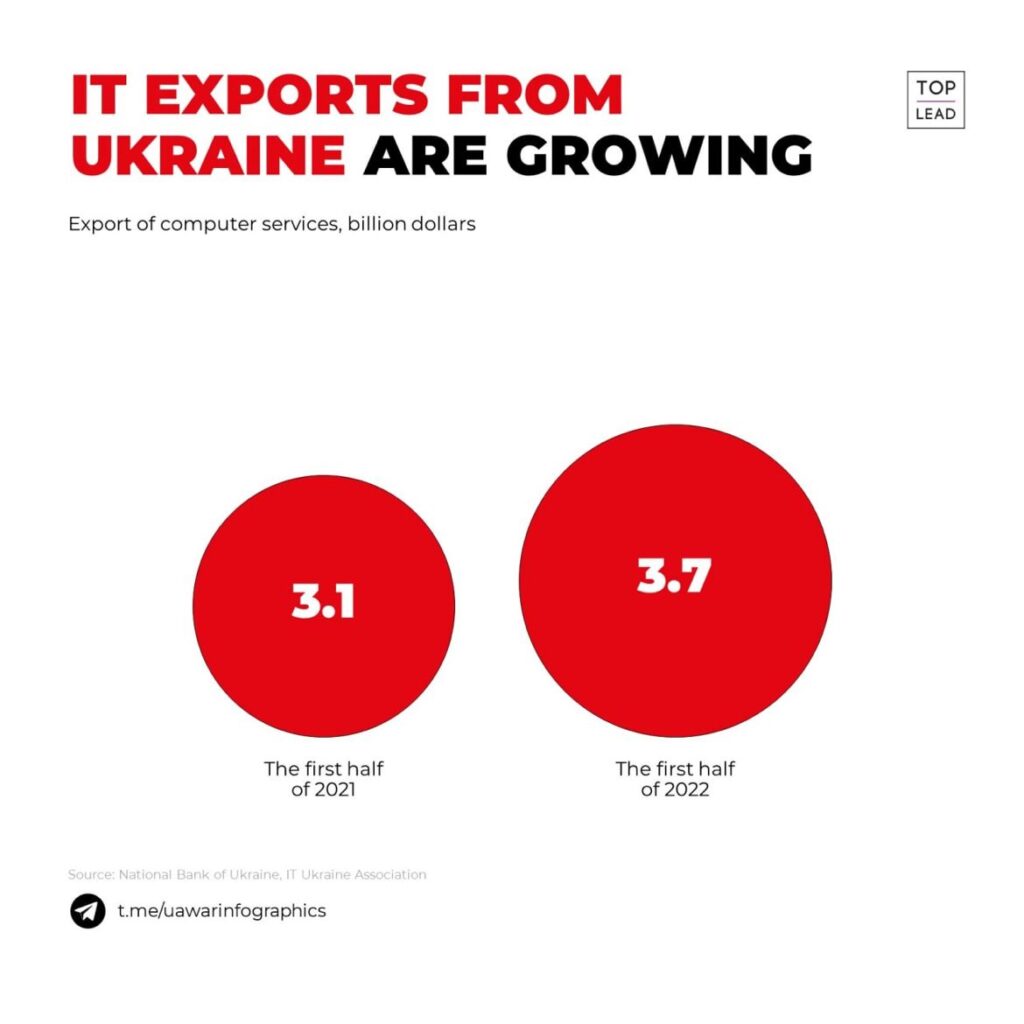 “The country at war: The voice of Ukrainian Start-ups” by TechUkraine, Emerging Europe, Tech Emerging Europe Advocates, Global Tech Ambassadors, the Ukrainian Startup Fund, the Ministry of Digital Transformation of Ukraine, and TA Ventures: vast majority Ukrainian startups kept at least a part of their operations or team in Ukraine and 9 out of 10 start-ups confirm they need financial support to continue operations and/or expand – read

“Relocation. The new IT landscape of Ukraine” research by IT Ukraine Association and the Sayenko Kharenko law firm:  more than 50% of the surveyed IT companies did not relocate and switched to remote work; 42% of companies partially relocated abroad, including those 5% only that closed part of their offices in Ukraine; none of the surveyed IT companies carried out a complete relocation abroad; some companies (23%) plan to combine relocation abroad and within Ukraine – read

Migration map by DOU (summer edition): In June 2022, 40% of Ukrainians were evacuated (in Ukraine or abroad), and in March, the number was 61%; 27% of specialists relocated to the western part of Ukraine, and 13% – abroad; the most significant outflow of IT specialists from Kharkiv, Kherson, Mykolayiv and Mariupol  – read

Catalog of the most active investors and players of the startup ecosystem of Ukraine 2022 by Center42 & Happy Monday: 367 people from the startup industry, 110+ people from venture funds, 40+ angel investors in startups – read

Ukrainian venture capital during wartime survey by Forbes Ukraine: less than 4% of more than 250 startups in the portfolios of the most active VC players have significantly reduced turnover, but none closed down – read

The export volume of computer services for the first half of 2022 by the National Bank of Ukraine: 3.74 billion dollars, which is 23% more than for the same period of the previous year. The amount of taxes and fees paid by the IT industry in the first half of the year amounted to UAH 32.6 billion – read

State of Software and Data report 2022 by StartupBlink: Ukraine and Kyiv is #25 globally based on the data of the Global Startup Ecosystem Index 2022 – read 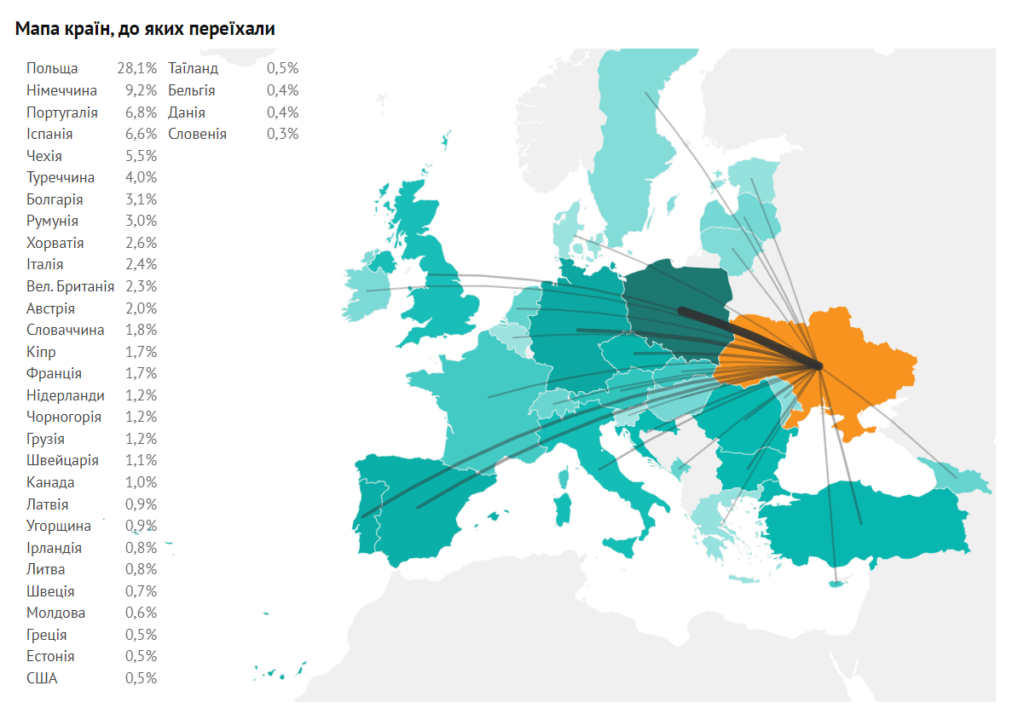 Yalantis announced the launch of an R&D in Warsaw – read

Ukrainian fintech company NovaPay, which is a part of postal operator Nova Poshta group of companies, has opened a new office in Vilnius – read 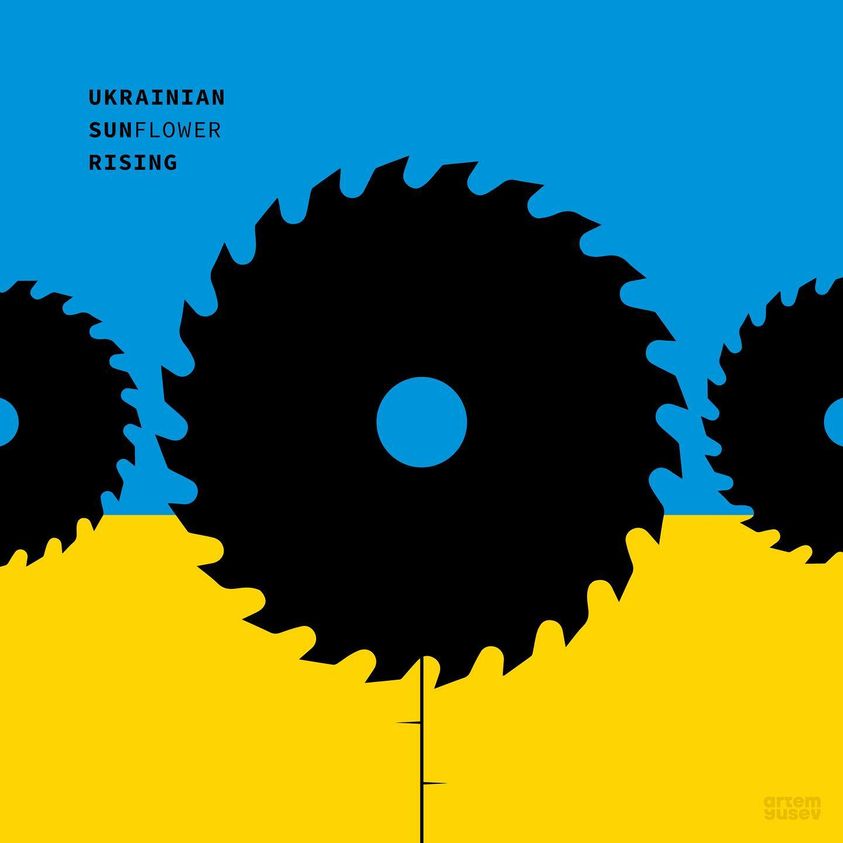 Ukrainian Datrics raised investments by NEAR Protocol for developing blockchain and crypto projects. The amount of the deal is not disclosed – read

Founder by Ukrainians restaurant payment app Choice QR has raised €1.5M in a seed round led by Czech VC Presto Ventures with participation from Seedcamp – read

Ukrainian software developer TechMagic has acquired the US company Dynamo Development. As AIN.Capital estimated, the deal could be worth $1 million – read

The Ukrainian meta lending protocol Everlend has raised €2.5M in a strategic round of funding – read

The Ukrainian fund NetSolid has led the funding round for healthtech startup Apme. The details of the deal were not disclosed – read

Ukrainian tech company Roosh, which develops projects in the field of artificial intelligence and machine learning, has announced an investment in Neurons Lab – read

Poland-based Inovo VC, a firm that backs early-stage and post-traction startups, announced the launch of its third fund with a target capitalisation of €100M to support CEE-based tech companies with global potential – read

Istanbul-based VC firm 500 Emerging Europe has raised more than €50M for its third fund, which is targeting a close of €70m, to invest in startups from central and eastern Europe (CEE) — from the Baltics to Turkey, including Ukraine – read

Danish Lars Seier Christensen, founder and owner of the Seier Capital International, allocated an investment pool of €10M for blockchain startups, and first of all looking for the projects from Ukraine – read

The United States Development Finance Corporation (DFC), an agency of the US federal government, is ready to lend money to Ukrainian businesses within the framework of individual projects in amounts ranging from $1M to $1B – read Ukrainian lhor Klymenko became the best student in the world according to the Global Student Prize, Ihor received the golden prize and $100,000 to develop his invention Quadcopter Mines Detector, a demining robot – read

Three brave Ukrainians among the TIME100 Next, a list that recognizes 100 rising stars from across industries and around the world: Maryna Viazovska, Ukrainian mathematician who was awarded the Fields Medal in 2022, Mykhailo Fedorov, Minister of Digital Transformation of Ukraine, Oleksandr Kurbakov, Minister of Infrastructure of Ukraine – read

Ukrainian cofounder of Petcube Yaroslav Azhnyuk was awarded the Ukrainian Order of Merit, 3rd grade, by the President of Ukraine’s decree – read

Ukrainian cyber expert, cofounder of CyberUnitTech, Yegor Aushev was awarded by the National Security and Defense Council of Ukraine for the comprehensive support in the cyberfrontier during wartime – read

Ukraine joined the Digital Europe Programme by the European Commission which gives Ukrainian businesses, organizations, and public administrations access the calls from the Programme, which has an overall budget of €7.5 billion for the 2021-2027 period – read

Ukraine will participate in the iconic startup conference TechCrunch Disrupt 2022 in San-Francisco, the USA, on October 18-20 – read

The second year in a rough Ukrainian tech ecosystem will be presented by the national pavilion at the Web Summit in Lisbon, on November 1-4 – read

Amazon has decided to cancel the referral commission for sellers from Ukraine in Europe and Great Britain for one year. From September 6 and for the next 12 months, it will be 0% – read

Uber has partnered with the Ukrainian Ministry of Culture’s National Research and Restoration Center (NRRC) to locate, restore and protect the Ukrainian cultural identity – read

8 tech companies with Ukrainian roots were featured at Inc. Magazine 5000 list 2022 – 2 of them are the unicorns – read

Ukrainian Culver Aviation presented a new product, unique both in terms of automation and scalability, at the Commercial UAV Expo 2022 in Las Vegas – read

Ukraine in cooperation with South Korea announced building an innovative technology park in the Kyiv region. Bucha Tehno Garden will become a pilot in the master plan of the Ukrainian national recovery program – read

Lviv School No. 23 will get a new building for its elementary classes which will be built using 3D-printing technologies – read

Ukrainian volunteer Serhiy Prytula Charity Foundation collected $20 million of donations to buy three “Bayraktars”. But due to the courtesy of Baykar Technologies, Ukraine gets them for free. So, the team bought access to a satellite of the ICEYE network to prevent attacks by the russian army – read

AI HOUSE launched edtech project “AI for Ukraine”, a series of workshops and lectures held by international artificial intelligence experts to support the development of Ukraine’s tech community during the war – read

The association representing Europe’s and Ukrainian private equity, venture capital, and infrastructure sectors launched BoostEUkraine – an ambitious initiative aiming to bring together, through a pan-EU-UA network, experienced start-up support organisations with the mission to facilitate and support the integration of the most promising Ukrainian DeepTech start-ups in the Single Market – read 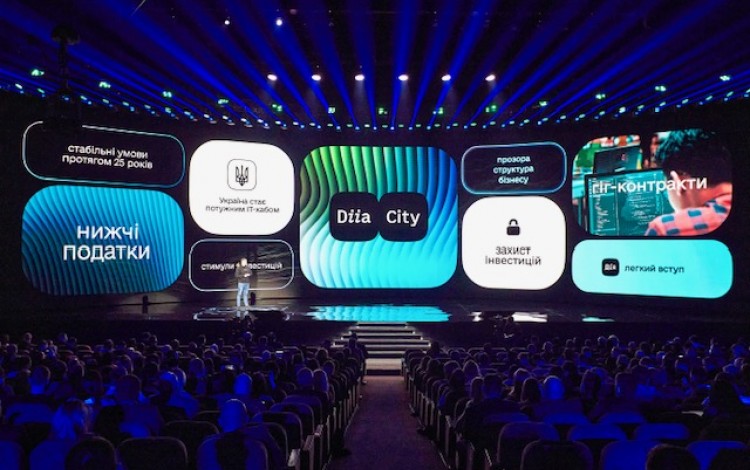 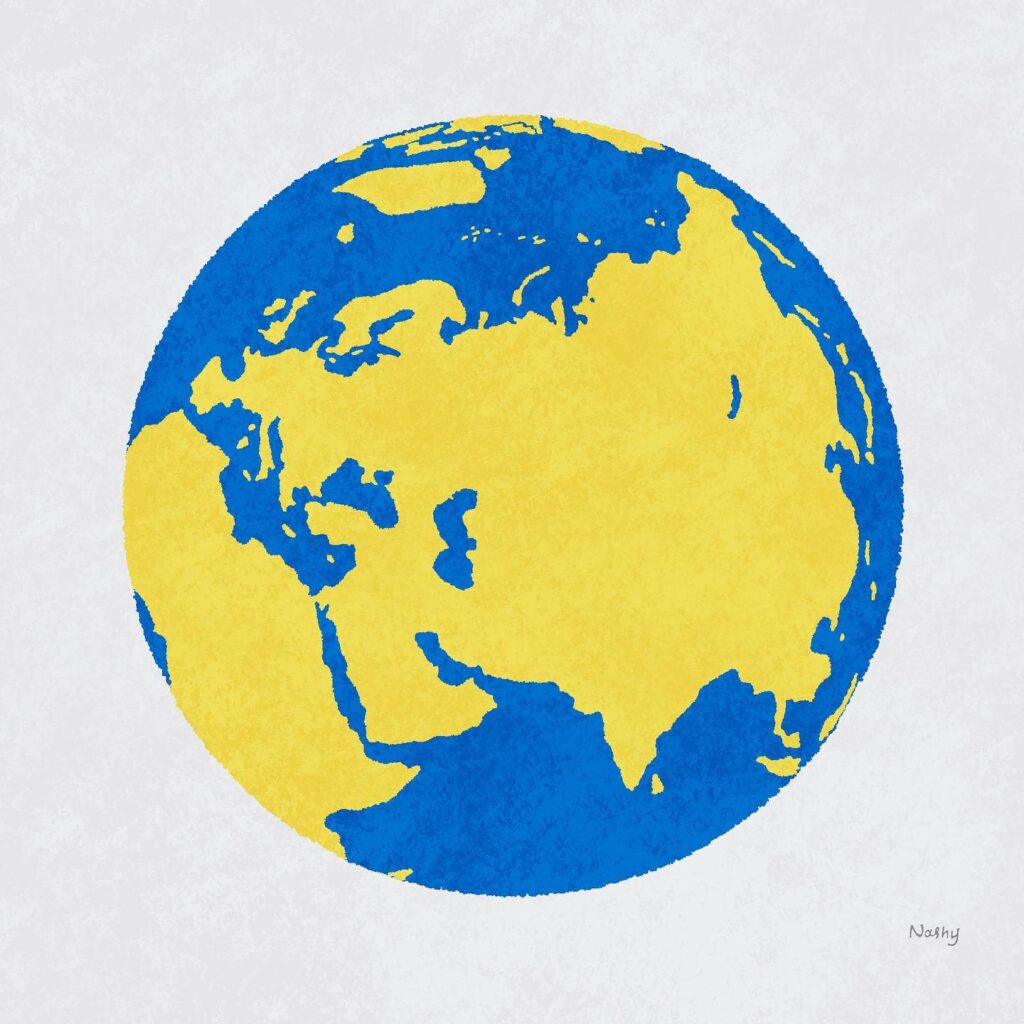